For the first time during this tumultuous political season, Coloradans and Westerners in general have found something to agree on: the value of America’s public lands to both our economy and quality of life. The proof is in the polling. According to the “Conservation in the West” poll released Monday by Colorado College, 93 percent of Colorado voters surveyed believe our national parks, forests and wildlife areas are a vital part of the state’s economy. The prevailing sense among Westerners that habitat and the environment don’t need to suffer for the sake of economic growth is undeniable. And that sentiment is echoed loudly by voting sportsmen. The survey conducted in Colorado, Arizona, Utah, New Mexico, Wyoming and Montana showed near-universal agreement (92 percent) on the value of public lands, strong support (two-thirds) for renewable energy development over traditional fossil- fuel exploration and opposition (nearly two-thirds) to allowing private companies to develop public lands when it would limit the public’s access and enjoyment of those lands. While the majority of the 2,400 voters polled consider themselves politically conservative or moderate, the survey completed by Lori Weigel of Public Opinion Strategies (a Republican firm) and Dave Metz of Fairbank, Maslin, Maullin, Metz & Associates (a Democratic firm) spanned voters across the political spectrum, including supporters of the Tea Party and Occupy Wall Street. Four out of five of those Western voters view a strong economy and protections for clean air, clean water, natural areas and wildlife as compatible. In the poll, nearly 40 percent (1,100) identified themselves as a hunter or angler. In Colorado, 25 percent called themselves hunters and 33 percent anglers. Overall, 69 percent of anglers and 66 percent of hunters described themselves as a conservationist. More than two out of three view loss of habitat for fish and wildlife as a serious threat to a quality outdoor experience. And three out of four polled indicated that cuts in funding for parks, habitat and water quality pose a serious threat to their hunting heritage and Western lifestyle. “Investments in conservation of our public lands and water are not only critical to providing quality hunting and fishing opportunities, but are also a critical component of the $192 billion sportsmen contribute to our national economy annually,” said Gaspar Perricone, co-director of the Bull Moose Sportsmen’s Alliance and a member of the Colorado Parks and Wildlife Commission.

Among other key findings specific to those polled:

• Fifty-six percent view environmental laws as “important safeguards to protect private-property owners, public health and taxpayers from toxic pollution and costly cleanups,” while 36 percent view them as “burdensome regulations that tie up industry in red tape, hurt them too much financially, and cost jobs.”

• Sixty-eight percent say their state should maintain protections for land, air and water rather than reduce them in an effort to create jobs.

• Sixty-two percent say environmental regulations have a positive impact on opportunities to hunt and fish in their state, and 56 percent say the same about opportunities for outdoor recreation. Majorities also ascribe positive benefits for the natural beauty of their state (78 percent) and their quality of life (69 percent).

• Sixty-two percent support the EPA’s “continuing to implement the Clean Air Act by updating the standards for air quality, including for smog, dust, and emissions from power plants, factories and cars.”

“What we read in the press and what politicians say about an ever-sharpening trade-off between environment and jobs in a deep recession do not square with the views of many Western voters,” said Colorado College economist and project director Walt Hecox. “Instead, those stubborn Westerners continue to defy stereotypes by arguing that a livable environment and well-managed public lands can be — in fact, must be — compatible with a strong economy. 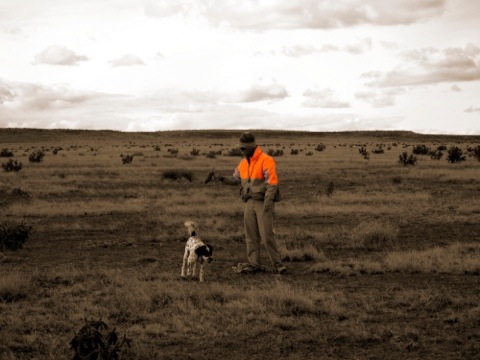