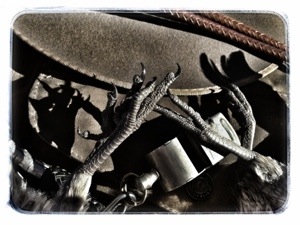 Founder Drew Wahlin researched starting an Idaho Chukar Foundation for over 5 years. Currently Idaho has the best chukar/hun hunting/populations in the world! The driving force for his conviction to conserve/preserve/sustain Idaho’s upland game birds was “his” lack of taking action for Idaho’s future generation of sportspeople when Idaho had one of the world’s best wild pheasant populations back in the early 70s. He hold himself accountable for not having a conservation vision on the long-term preservation of Idaho’s pheasant, so now he has to endure the 2 day drive (4 days round trip) to the Dakotas for quality wild pheasant hunting. One only has to walk the halls of the Sun Valley Lodge to see what the pheasant hunting was like in Idaho during the 40s, 50s and 60s (photos of Bing Crosby, Ernest Hemingway, Gary Cooper, etc. all hunting Idaho’s wild pheasant). Heck, for that matter he could drive down to Johnny Store (old ID Hwy 93) from Ketchum and get a limit (3) of pheasant and a few huns in less than an hours time still in the 70s.

Several years ago he contacted the Nevada Chukar Foundation (NCF), Utah Chukar & Wildlife Foundation (UCWF), and the Carson Valley Chukar Foundation (CVCF) to gain some background on their organization and to start a relationship for the development of a similar group in Idaho.

The NCF has been extremely successful in their 25 years of fundraising (raising about $250,000+/year, and an endowment of almost $1,000,000) and development of a major increased in NV’s chukar/wildlife populations over the past 25 years of their operation. ICFI has a long ways to go to achieve what NCF/UCWF/CVCF have accomplished.

ICFI received its IRS Non-profit 501c3 status in September 2012 which took over a year to obtain. ICFI presently has 5 Board Members from around the state to set its policies and direction. ICFI’s Statement of Purpose is to maintain the world’s best wild chukar/hun bird hunting and populations with the following actions:

•An all volunteer organization that is focused on maintaining large populations of Idaho’s upland game birds throughout their Idaho range.

•To create an ongoing economic benefit to Idaho’s rural economies.

•Encourage wise use of natural water resources to maximize the benefit for wildlife around those areas.

•Promote cooperation between state, federal, other conservation groups, and private organizations for the purpose of sustainable long-term wildlife and habitat management in Idaho.

Drew has worked for the past 35+ years with publicly traded companies and closely held corporations within senior executive management. His areas of practice have been in executive management, business development, corporate finance, strategic planning and marketing/sales management. He currently is the Managing Principal of Idaho Consulting International, Boise, ID, an international business management consulting firm specializing in strategic planning, capital formations and business valuations. He has been president/CEO/board member/owner of a multitude of small businesses and was a vice president/officer in a Fortune 100 multinational company. Drew has held university faculty positions at three universities, teaching in the areas of accounting, entrepreneurship, sales and marketing.

Drew has served on the boards of publicly held companies, and acted as the Chairman of Audit Committees and as a member of Compensation Committees working within the investment banking community and alongside national accounting/law firms.  For several years he wrote a weekly Sunday Edition business column for the state’s newspaper-Idaho Statesman, and he was a contributing writer to the former monthly regional business publication-Venture Magazine. He was one of the founding members of the Intermountain Venture Capital Forum. Drew received his B.A. summa cum laude at the University of California, and his M.B.A. and B.B.A.-Accounting Ellery Capen Scholar from the University of Puget Sound. He is a former Certified Public Accountant and Member of the PGA. He a Member of the Pioneers of Freestyle Skiing, US Ski and Snowboard Hall of Fame.