>One of my favorite upland pursuits is stealthily hunting native/wild trout on small streams in my beloved Sangre De Cristo Mountains here in Colorado with dries. Mayflies, caddis and stoneflies are still hatching in the high country above 10,500 ft…altitude more suitable for white-tailed ptarmigan, but loaded with beautiful natives. While on the lonely Arkansas below, the fish are keying on grasshoppers and other terrestrials.

Soon, the aspen will turn to gold, but as the poet prosed…Nothing Gold Can Stay. There will be bird dogs in the rim rocks in search of chukar partridge and bird dogs consuming sage seeking loafing blues. But until then, I’ll be found among the clouds tricking Colorado greenbacks with stimulators and sallies…

TWO roads diverged in a yellow wood,
And sorry I could not travel both
And be one traveler, long I stood
And looked down one as far as I could
To where it bent in the undergrowth;

Then took the other, as just as fair,
And having perhaps the better claim,
Because it was grassy and wanted wear;
Though as for that the passing there
Had worn them really about the same,

And both that morning equally lay
In leaves no step had trodden black.
Oh, I kept the first for another day!
Yet knowing how way leads on to way,
I doubted if I should ever come back.

I shall be telling this with a sigh
Somewhere ages and ages hence:
Two roads diverged in a wood, and I—
I took the one less traveled by,
And that has made all the difference. 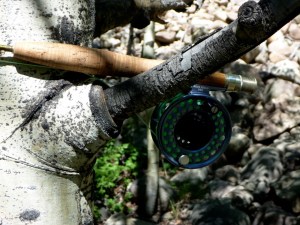 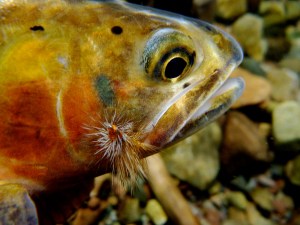 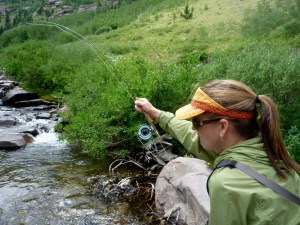 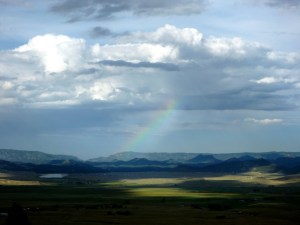